The aim of the study circle Our circle is established to address, evaluate and re-evaluate the understanding of the growing complexity of the urban environment, where people cohabit, share and create a culture of politics, communication, and the arts as much as the public space. Consequently, the questions of co- existence have to be addressed in relation to power hierarchies, cultural production, and urban development initiatives. The constant and increasingly rapid urbanization of the global population as a result of diverse socio-political and economic processes has affected the everyday realities of everyone. Having more than a half of the global population already residing in urban settlements, it has become crucial to address the diverse practices and life experiences to make new contributions to the existing methodology dealing with the current issues (Harvey 2009, Ingold 2010, Sassen 2005), at the same time not excluding historical perspectives to challenge current power structures (Thusydide 1990, Halbwacks 1992).

Based on classical ideas of Henri Lefebvre and Michael Foucault we think of the urban not only as a physical, built environment but as clusters of social (and emotional) relationships between individuals and the material attributes of space—its architectonics and physical-sensorial dimensions that enable habitation—and the process of social production that constructs the public space(s). At the same time, we invite to challenge the existing dominant discourses, by revisiting, re-imagining and recognizing the spaces often underestimated and falsely framed as lacking the potential, as can be seen in the case of the post-socialist space (Murawski 2019, Humphrey 2007, Fehervary 2013). Also, taking into consideration the new manifestations of mobility and collaboration (Richards and Duif 2018, Shove et al. 2012), the form of urban space and place-making practices can be further explored.The circle invites to stimulate and strengthen a dialogue among both established and emerging academics and practitioners from interdisciplinary fields covering philosophy, anthropology, sociology, geography, political science, literature and arts to challenge and develop new knowledge, innovative perspectives and experimental approaches.

Theoretical and Methodological considerations In terms of power hierarchies, we are interested in how influence is distributed among individuals and groups of people (Bourdieu), observing it through discourse, biopower (Foucault 1995), affect (Massumi 2015), and hegemony (Gramsci 1971). As the built environments are increasingly adapted to meet the needs of modern people, their movements are becoming more controlled and modified in return (Deleuze 1987). Predictability and security are becoming the ultimate limitation of freedom of choice that goes hand in hand with the needs of the global market. Individual choices are encouraged and, as “life” becomes more fragmented, power increasingly comes to function like an “invisible hand” orchestrating the events. By refocusing critical analysis on everyday practices and environments we may tackle how new forms of relationship and movements are established, sustained, sedimented and resisted in order to comprehend and attend to power as it becomes more and more intangible (Deleuze 1987,Mouffe 2013, Murawski 2019, Stengers 2005, Ingold 2010).

In terms of cultural production and the arts, we especially welcome discussions on socially engaged practices – performance art, participatory art, socially engaged art, community-based art, dialogic art, activist art, interventionist, research-based or collaborative art, to name just a few – as catalysts for participatory culture facilitating collaboration, social interaction and involvement. We are interested in art forms, which actively address cultural power structures both historical and present, rather than represent them or simply describe them (Ruchel-Stockmans 2015). We support the idea of cultural democracy and grassroots activities, which are the cornerstones for culture and artistic expression generated by individuals and communities rather than by institutions of central power. Indeed, this focus on the social potential of arts has been defined as the “social turn” by the art historian Claire Bishop in her 2006 essay The Social Turn: Collaboration and Its Discontents. Bishop states that “the creative energy of participatory practices rehumanizes – or at least de-alienates – a society rendered numb and fragmented by the repressive instrumentality of capitalism” (Bishop 2006: 180).

Winter Symposium 2020
Representation of the City: Imagining and Reimagining Cityscape Location: Riga, the Latvian Centre for Performance Art This thematic block focuses on the spatially and temporally multidimensional perspectives between (re)imagining and inhabiting the city. The participants are invited to address the questions of various spatio-temporalities of the urban environment in order to explore visual representations and contestations of the city. The topics of exploration include, but are not limited to: 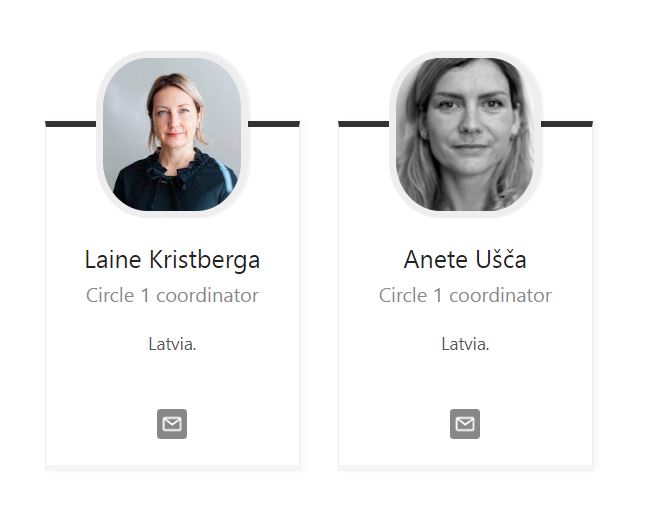